Diversity of varieties in place of corporate power

This issue is what forms the basis of the food we eat – seeds, which are in fact a common good that has grown for over thousands of years and have a quite wonderful property: they can multiply. Today seeds are a profit factor for the few companies that dominate the global market. Due to technical mechanisms, such as hybrid breeding (more on hybrid seeds here), most seeds can no longer be propagated as pure varieties nor are they freely available due to legal mechanisms such as patents and variety protection. Farmers must buy these seeds afresh every year. At the same time, farmers all over the world are increasingly being denied their right to propagate, use and sell their traditional seeds, which are adapted to their regions, themselves.

While the German Minister of Agriculture, Julia Klöckner presents drought-resistant, genetically engineered varieties as the solution, millions of people are now taking to the streets to protest against climate change. Yet climate change above all will cause abruptly changing extreme weather events, a foretaste of which was the rain-drenched summer in 2017 followed by the dry summer of 2018. To withstand these, we need a diversity of seeds, a variety of seeds capable of adapting, and not highly specialised, drought-resistant varieties which are bred by means of the expensive processes of a few companies according to their profitability criteria and are controlled by patents.

We need to change the policy on, and indeed everyday practice in seeds. For years now a diversely established movement has been campaigning for seed sovereignty and diversity, and traditionally farmed seed systems. Conservation initiatives and small breeding businesses are bravely forging ahead, conserving, and propagating older varieties. They are campaigning against genetic engineering, and, working closely with farmers, breeding adaptable varieties. Conventional and organic farmers are networking their practice in seeds via propagation pools and fighting for their right to reproduce seeds. Amateur gardeners are conserving old varieties in their own gardens and exchanging them. The majority of the world’s population still feeds itself on traditionally farmed seeds. On the African continent 80 to 90 percent of seeds are still produced by farmers themselves. Even in Germany, over 50 percent of the grain seeds used are obtained from their own harvests by farmers themselves. [6] There is no lack of positive examples.

A sustainable type of farming fit for our grandchildren, which can cope with the challenges of climate change and at the same time produces fewer harmful emissions, is only possible if we have seed diversity and seed sovereignty.

This is how we can achieve this

It is clear that many agricultural businesses are under enormous pressure to produce. Changing the practice in seeds requires a great deal of courage, not least because this often means incurring losses in yield in the short term. At the same time, specialising and dividing the work between growing, producing and breeding seeds is not bad in principle, provided it makes the work of farmers easier and produces a diversity of adaptable seeds. It only causes problems when laws, financial constraints or other factors force farmers to buy seeds instead of propagating them themselves, and breeding by international corporations is defined according to economic criteria. [7]

What can I do?

Hence, changing the practice in seeds means more work and expense on the part of every single farm, processing company and food retailer. It requires a rethink among consumers and politicians, and more diverse breeding and propagating structures. If you want to promote diversity, you have to eat a diversity of foods yourself. To ensure this, we need fair prices for producing food and must not lose sight of the social issues. We feel increasing the diversity of varieties by talking to as many farmers and those involved in conservation initiatives as possible and encouraging diverse systems of traditionally farmed seeds are important.

The time is ripe. The recently elected EU and the new Commissioner now bear the responsibility for defining EU agricultural policy for the next seven years and for steering it towards traditional, more diverse farming methods – from diverse grain seeds to baker’s bread. From 2021 onwards the new EU Directive on organic farming intends to tighten up the rules on the use of ecologically produced seeds in organic farming. However, up till now not enough organic seed has been produced to meet business demand. Moreover, not enough money is being put into research into developing any suitable organic varieties that use fewer pesticides. This requires new structures. Conservation varieties could help to close these gaps but their use is statutorily limited. Meanwhile, EU legislation since 2013 on conservation and amateur varieties has to be assessed, which is still outstanding. At the same time industry is urging for last year’s EU Court of Justice ruling on the labelling requirements for new genetic engineering processes like Crispr-Cas to be eased.

Let’s build bridges between the seed and climate movements, between consumers, farmers and breeders and, above all, among the farmers themselves. We want to network, argue, exchange views, build, propagate seeds and create diversity on the fields, in gardens and on the roads. Because there’s no time to lose, we need to do our best to promote ecological cultivation, the transfer of knowledge about seed cultivation and farmers learning about diversity in seed practice. We are calling for consistent legislation on promoting variety diversity, which opposes a seed market influenced by economic concerns.

Let us together demand the right to make our own decisions about our food and our seeds. For seed sovereignty and food sovereignty – let’s change the way we farm!

And, for anyone who is now really gripped by the seed issue and wants to delve deeper into the subject, we recommend this book, ‘Saatgut – Wer die Saat hat, hat das Sagen’ (Seeds – Whoever has the seeds calls the shots) by Anja Banzhaff, published 2016 by oekom Verlag Munich. 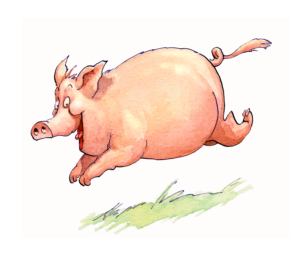